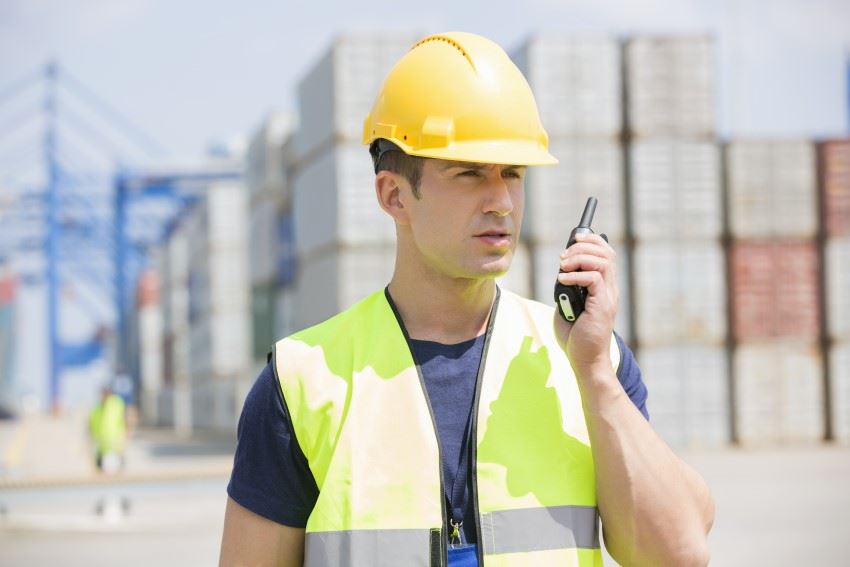 The advantages and disadvantages of two-way radios over smartphones for business use, plus Push-to-Talk over Cellular options that combine the best of both in one "two-way radio phone" device.

When we originally wrote this article, back in 2016, it was a straightforward list of the advantages and disadvantages of two-way radios compared to mobile phones.

For some, that’s still a valid comparison, and we’ve kept those comparable points here to help you choose the best platform for business communication. But new options have emerged since then which can offer you the best of both worlds, either through an app on your existing phone, or a standalone device commonly referred to as a two-way radio phone.

Push-to-Talk over Cellular (PoC) solutions now enable you to combine advanced smartphone technology with many two-way radio features over 3G, 4G, or WiFi networks, using your existing Android or IOS cell phone if you wish or an alternative compatible device.

With this in mind, we’ll also include a summary of how PoC works, so you have even more options to find the best way forward. 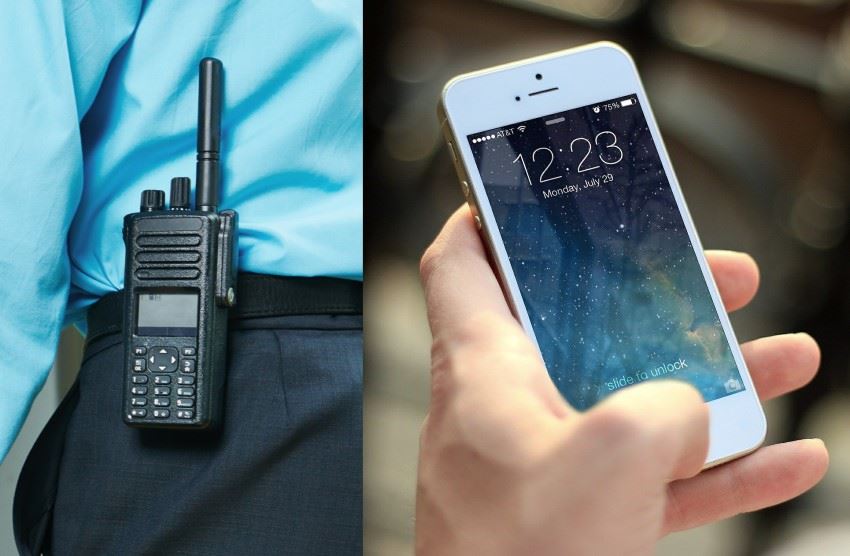 Almost everyone of working age now owns a mobile phone. The technology continues to evolve with each launch of a new model, and most people are familiar with using them. Good 4G coverage is widely available in the UK now, and 5G coverage, while still limited, is starting to roll out in some areas. 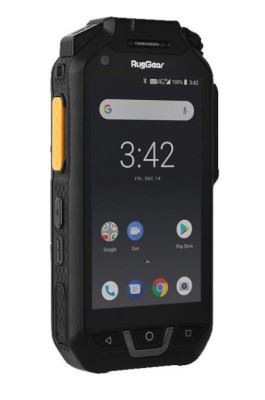 As we mentioned above, Push-to-Talk over Cellular (PoC) can be a very attractive option for users who need the advantages of both mobile phones and two-way radios. It uses existing 3G, 4G, 5G and Wi-Fi networks, enabling you to create a cost-effective communication network that combines the functionality of two-way radios and smartphone technology in one device.

Connect Plus is a PoC platform provided by RadioTrader which can be used to create your own network for global communication if needed, group or individual calling, video calls, live and historical user location tracking and emergency features, to name a few.

Push-to-Talk solutions can be used with compatible devices, several of which we’ve described and recommended here, or you can buy a PoC app that enables your existing phones and tablets to connect to two-way radio infrastructure.

This is a fast-growing sector that gives customers a better alternative to a simple choice of “two-way radio vs mobile phone”. Please get in touch if you’d like more information.

Best Two-Way Radios for Business in 2021

Our expert reviews of the best two-way radios for business in 2021, combining professional-level communication features with cost-effective credentials.

What Are Cellular / Broadband Radios?

Cellular / Broadband radios are often reffered to as PTT Over Cellular (PoC). This is a cellular based two way radio that communicates using the existing 3G / 4G LTE network. PoC solutions first appeared on the market over a decade ago using the existing 2G network, however since the commercial 4G LTE rollout, fast dat...